Automatically credited upon deposit. Cancellation can be requested. First Deposit Only. Min. deposit: €10, max. Bonus €100. WR of 30x Deposit Plus Bonus amount applies (Slots count 100% and any other game 10%). Max bet is 10% (min €0.10) of the Bonus amount or €5 (lowest amount applies). Spins must be used and/or Bonus must be claimed before using deposited funds. Deposit/Welcome Bonus can only be claimed once every 72 hours across all Casinos. Bonus Policy applies..

Welcome to Monopoly slots online, the most exciting board-game-slot-machine experience. Monopoly online slot machines combine the best of gambling with the excitement of tabletop gaming. There are many Monopoly slot machine options to choose from, with each offering their own fun interpretation of the classic game.

Whether you’re playing from home or on the go, Monopoly slot machines are always a great choice to keep you entertained and keep your adrenaline pumping. The opportunity to win big is very real, so prepare yourself for some serious casino fun! It’s time to play Monopoly slots online! 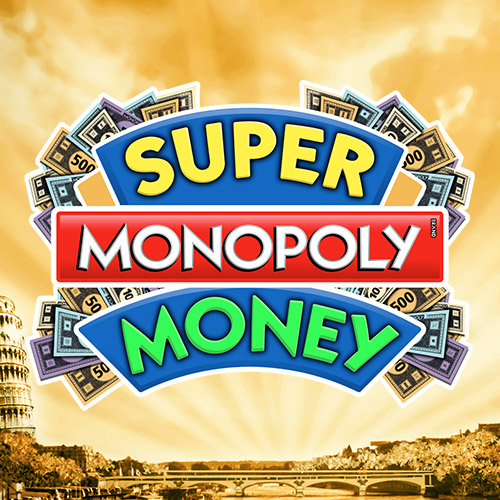 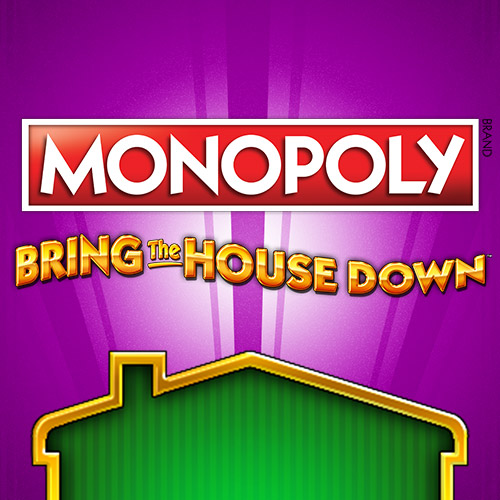 Bring the house down 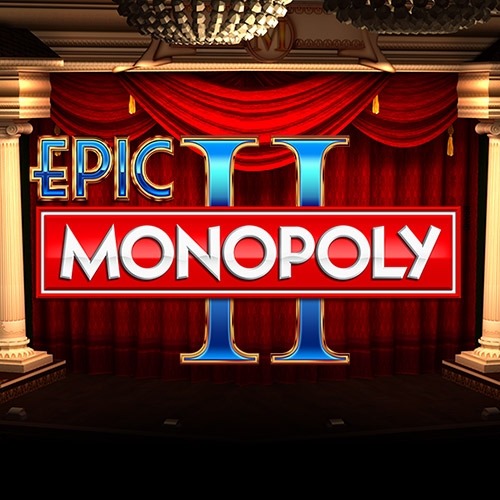 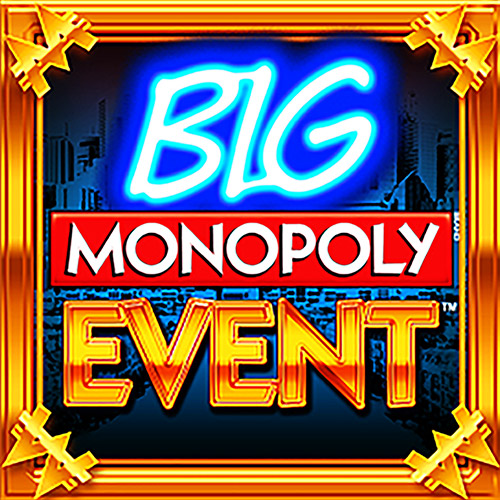 What are Monopoly Slots All About?

One of the first things you’ll notice about Monopoly casino games is the large number of licensed versions of the game available to play. Don’t get us wrong, we’re not complaining. Thought there’s a good reason for there being so many options. There are three main gambling companies that make Monopoly casino games: Scientific Gaming (SG), IGT and Gamesys. But then why are there so many different games?

As it turns out, Scientific Gaming also owns some of the most well-known slots distributors on the net, including WMS, Bally, Barcrest and more. Seemingly, since Monopoly is such an expensive property, Scientific Gaming decided to spread the love across multiple platforms. Makes a little more sense now, right?

While it’s easy to assume that Monopoly slot games are in some way more complex than traditional slot games, that line of thinking is incorrect. Despite the complexity of the board game itself, the Monopoly slots online play like any other casino slot game.

Many of the Monopoly casino slots games include bonus games which launch after landing a certain number of bonus tiles. These bonus games can result in some major cash prizes, so matching these bonus symbols is always a welcome surprise.

How many different Monopoly slot titles are there?

Monopoly slots are among the most popular on the internet and there is an ever-growing demand for more of them. There are currently over 10 different Monopoly slots available online, each putting their own unique spin on the iconic board game.

Are Monopoly casino slots similar to the original Monopoly game?

Those who are well acquainted with the Monopoly board game will find plenty of similarities between the game and the online casino slots. Each of the games takes an element of the board game and puts a unique spin on it, providing players with a new take on the much-loved classic.

What are the most popular Monopoly casino slot games?

The variety of Monopoly Slot games available means that there is a little bit of something for everyone. The most popular Monopoly-themed titles are Monopoly Big Event, Super Monopoly Money, and Monopoly Live, with the latter being particularly popular among those who prefer a more realistic gameplay experience.

What is the Monopoly Live casino game?

Monopoly Live is a unique online gaming experience designed by Evolution Gaming. The game features a live money wheel which players can place bets on and a unique bonus game where players get to try their chances of a 3D version of the classic Monopoly board.

Before you choose a Monopoly slot game to play, it’s important to understand the features, gameplay, and RTP of each slot machine. In this section, we’ll cover all the basics about the most popular Monopoly slot machines, providing all the info you’ll need to get started. 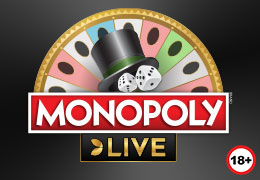 The newest entry into the Monopoly slots universe, Monopoly Live introduces the mechanics of live online casino games into the Hasbro game’s stratosphere. Designed by live casino developers Evolution Gaming, Monopoly Live integrates all aspects of the board game. A live host spins a vertically hanging wheel, and players predict which segment of the board the wheel will land. Think of it almost like a combination between roulette and slots, except fed right into the display of your choice. 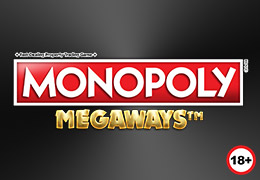 Featuring 25 active paylines across 5-reels, Super Monopoly Money is more of a ‘traditional’ Monopoly slots game than Monopoly Live. Press spin and the reels start to fly, eventually landing on an assortment of Monopoly-themed symbols, including Free Parking. Match 3-5 reels on a single payline and you win! This game has an RTP of 95.97%. 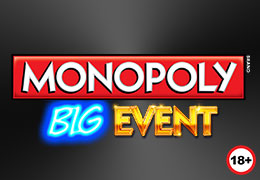 Barcrest’s entry into the Monopoly online casino game universe is one of the most popular of the bunch. Featuring 5 reels and 20 paylines, Monopoly Big Event showcases a maximum win of €250,000. The minimum bet for each spin is €0.20, though by placing a Big Bet spin, the minimum spin skyrockets to €20 or €30 per game. Though with the increased cost comes an increased chance to win. When you play a Big Bet spin, the RTP jumps to 99%. 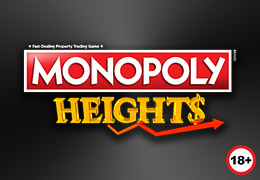 This WMS-produced Monopoly slot game features 5 reels, 4 roles, and 30 paylines, which is a marked increase from the slot machines we’ve already covered. One of the best parts about Mega Movers is the bonus game reel mechanism, which activates when you land 3, 4, or 5 symbols in a row. With a minimum bet of €0.05, and a maximum of €50, this slot game features an RTP of 96.05% 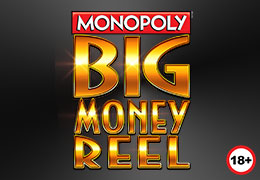 This 5-reeled, 4 row Monopoly gambling game features 30 paylines, meaning 30 ways for you to win! This iteration of Monopoly slots gaming is a relatively straight-forward one-armed machine. With each spin, players can gather cash and spin a Price is Right-style bonus wheel. The RTP for Monopoly Big Money Wheel is 95.95%. 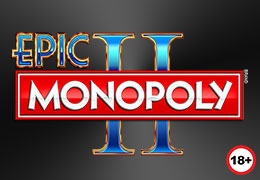 This is a slots experience is one that earns its epic name. Featuring a total of 160 paylines across 4 sets of reels, Epic Monopoly features the classic symbols of Monopoly, including the ole’ top-hat, dog, battleship, and more. Score 3 or more Epic symbols in a row and you’ll be be gifted with a first-class ticket to bonus town. Epic Monopoly features an RTP of 96.01%. 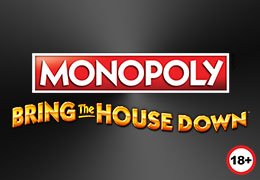 Monopoly Bring the House Down slot

Featuring 5 reels and 3 rows, winnings are spread across 40 paylines, offering plenty of time to earn your riches. With a maximum win of €100,000, there’s the potential to win some serious dough. Score a bonus and a series of house-shaped bonus symbols will be applied to the reels, leading to big payouts. With a minimum bet of 0.20 and a maximum of 500, this game offers something for everyone. You can expect an RTP of 96.1% 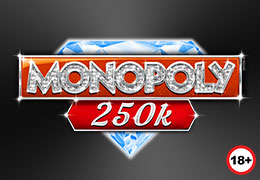 As you might have guessed from the name, every spin of Monopoly 250K has a chance of netting you a €250,000 prize. Community chest bonuses present the opportunity for killer upgrades and winnings. This game has an RTP of 96.1%

Board games have been a part of our culture ever since their invention over 6500 years ago. Many different board games have come and gone, though only a select few have endured the test of time. Monopoly, the self-described “fast-dealing property trading game,” has been one of the most popular board games since its invention in 1935, second only to Scrabble in gross sales.

While each Monopoly slot game puts its own unique spin on the gameplay, most of them play just like any other slot machine, so there’s not much of a learning curve as far as the rules go. In fact, most of the games adhere to the typical click and spin format.

What sets the Monopoly online casino games apart is the appearance of our favorite board game mascot, Rich Uncle Pennybags, who is perhaps the most famous frugal cartoon character of all-time.

Monopoly’s popularity makes Monopoly slots a unique and novel experience for those who love spinning the reels and winning cash prizes! Now that you know all about the rules and have been introduced to the many game options, it’s time to get playing!